It’s November 1st- The Holiday Season has arrived.  I spent 10 years working in retail sales, and this time of year meant extended holiday hours at the stores, inflated sales goals, and lots of calls with upper management to see “how traffic and sales are today”.

In the next two and half months, most retailers make the bulk of the sales and profits for the entire year.  For those who haven’t worked in commission sales, it’s difficult to describe the mix of excitement and fear that the holiday’s bring.  It’s a combination of the elation of how much money can be made, swirled in with constant pressure to make sales to get that money. 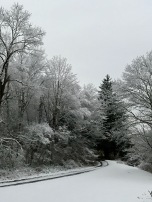 When I was starting out in my first few sales jobs, I was caught up in the craziness.  I was making silly amounts of money to sell wireless phones (yes, sales is a challenge, but hitting a few buttons to activate a phone is not).  My managers were fantastic sales people themselves- they no longer had to sell phones, but they had to spin up the excitement for rep to get us to make that money.   I happily traded the majority of my time to work the sales floors in exchange for the larger commission checks.

I don’t know the exact moment the novelty wore off.  I can remember spending hundreds of dollars on electronics that by the next year were ‘outdated’ ‘unable to update’ and ‘old’.  All the excitement of seeing the joy on people’s faces with their gifts- by a few months later, they were trading in the item, or had forgotten what I had purchased.

So what was left? I did the same thing with my own gifts.  The “Must Have” item was quickly lost, broken, or outdated.  Purses and clothing went out of style.  Phones were old every six months.  Cars needed repairs, or got scratches and dents.

Then as years moved on, and I watched loved ones pass away, and missed seeing them or their funerals because of work- I grew more bitter. I had no idea why I was so grumpy so often.  Why I dozed off during Christmas Sales motivation calls.  I didn’t understand where my anger was coming from- the money was still as good, the holidays just as glittery as before.

I hope I didn’t let my sales teams down- they worked so hard for so many hours, and sacrificed just as much as I did during these busy times; missed out on plenty of family time during the season.   We all need to make some money to live, and these reps had families to support too.

For many, sales is a lifelong career.  I thought it was for me.  It can provide a fantastic lifestyle, benefits, retirement funds– all that is required for the American Dream.

Perhaps my disappointment is that with what I earned, I barely remember what I purchased with it.  If I had made better decisions, I would be more grateful for all that I was given.   I did have a wonderful home, and new cars when I needed them, and a bit of money in a 401k account.  My son never wanted for anything.   But, if I could have spent more time with my family and friends and stored up memories rather than disposable items, my work may not feel like it was in vain.

Artist-Stay at home Mom and Wife View all posts by Brenda K.